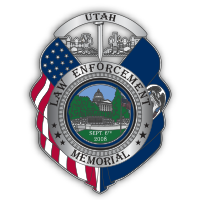 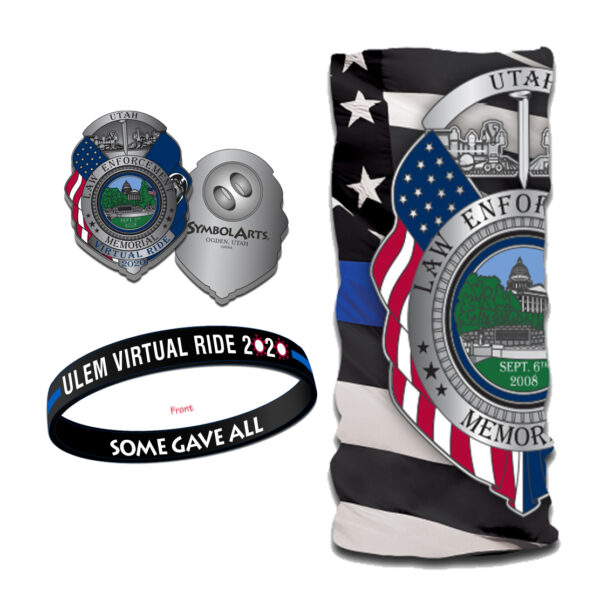 To purchase larger quantities of pins, wristbands, gaiters or patches please contact us at:
gmorgan@symbolarts.com |   (801) 689-8006

ULEM Ride for the Fallen

The Utah Law Enforcement Memorial is excited to announce its 2020 Virtual Motorcycle Ride for Fallen Officers. This year’s event will allow individuals and small groups to participate in the motorcycle ride while following social distancing guidelines. Although disappointing to have the traditional event canceled, ULEM knows their supporters will embrace this temporary format and rally together in honor of Utah’s Fallen Police Officers as they always have.

What is a Virtual Motorcycle Ride?

To participate in the virtual event, supporters will register online. Once your order has been placed, your Ride for Fallen Officers bundle will be shipped to your address 1-2 weeks after August 31. During the ride period (September 1-30), grab your hog and hit the pavement. Don’t forget to snap a few photos to share on social media using #UtahsFallen, #ULEM and #RFFO2020. Most importantly, enjoy your motorcycle ride as you reflect on the brave men and women who served these beautiful Utah communities. Thank you for your support! Learn more utahsfallen.org The Memorial
In 2004, construction on the State Capitol necessitated the removal of the memorial from the Rotunda. It was further determined that the Rotunda would be returned to its natural state, and that no memorials would be allowed there. The Capitol Preservation Board allocated a prominent location just outside the western doors of the Capitol as the location of the new Utah Law Enforcement Memorial.

Using $50,000 in start-up funds from the Utah Peace Officers Association, a committee was formed for the purposes of raising funds and overseeing the construction of the new memorial. More than $1.2 million was eventually raised, including donated labor, materials and consulting. After a fund-raising and construction period of nearly two years, the new Utah Law Enforcement Memorial was dedicated September 6, 2008.

Today, the memorial serves as a place of solace for the families and friends of officers who died in the performance of their duties to the State of Utah. A heartfelt thank you to everyone who has donated to the project thus far. Learn more at utahsfallen.org